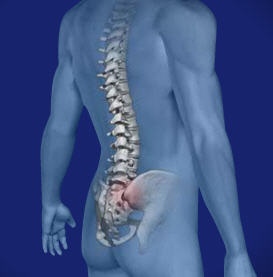 Sacroiliitis is defined as a condition in which there is inflammation in the sacroiliac joints, which is usually caused by rheumatoid arthritis and often leads to ankylosing spondylitis.

The disease is clinically manifested by acute lower back pain. When patients usually place their thumb on the anterior superior iliac spine, they can accurately reproduce the pain at this point.

Symptoms, which are often alternating from one glute to the other, do not occur simultaneously in both glutes.

In Sacroiliitis, when patients are standing, they put the load on the healthy side to relieve the joint from the pressure.